Some of our field areas, such as Sibdu village of Khotang in this photo, are suitable for Cherry Tree cultivation because of their altitude and climate.

We have introduced cherry plants from Everything Organic Nursery(EVON) in Sibdu as trial in the beginning of 2014. Farmer Chyaba Sherpa fenced his entire cherry plant as a protective measure against grazing cattle. In the background is the monastery of the village. 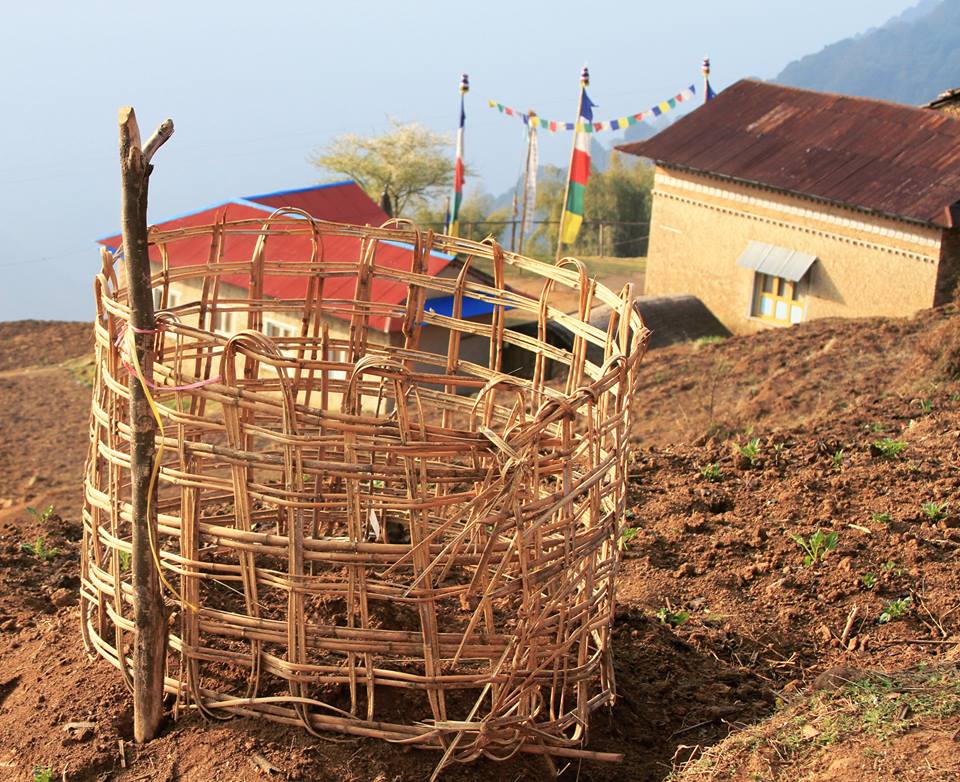 We are amazed by how fast the cherry plants have been growing.

Within a span of about 5 months, these plants have grown from about a foot to at least 6 foot tall. Chyaba stands besides one of his plants to give us some perspective. Chyaba tells us that his whole family including wife and children water the plant on a regular basis, pull out the weeds and take extreme care. The immense love shown by the family seems to be one reason the plants have taken so well, because normally they do not grow to this huge size in the very first year.

These plants should be giving fruits by second or third year of transplantation. We are as excited as the farmers to see how these cherries will do in the coming years. 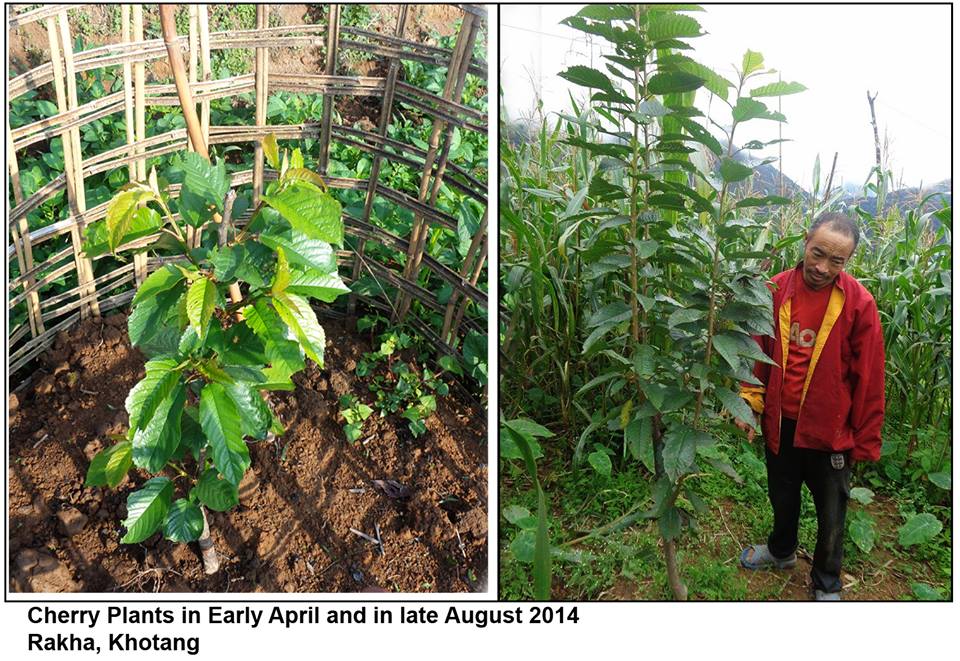 As of July 2018, the cherries have not been successful in Sibdu even though the plant itself is doing well and has grown to an impressive height. Although they started flowering in 2017, three years after they were planted, they were unable to produce fruit both this year and last year.

We are as disheartened as Chyaba to see that cherries might not be a successful endeavor for our working area. But despair not!

There have been other crops that have proven more successful than cherry – kiwi, snow pea, broccoli are just a few examples.


“I didn’t even know how to pronounce broccoli. I just said ‘boro’. Now I grow some of the largest broccoli in my neighborhood”. ~ Rakshamani Kulung (black jacket) from Gudel is proud of her broccoli patch. Her children were the happiest to show off their large broccoli which almost weigh 2 kilos each. She had never grown vegetables before, but now her family is eating organic vegetables year round. Rakshamani is happy that everyone’s nutrition has improved accordingly. #farming #farmer #stories #agriculture #nutrition #happyfamily #smile #organic

Meet the very inspiring Debkumari Khatri from Rakha.~~ “You should come visit my kitchen garden to see how high my peas have grown. They are touching the sky and grown so much taller”. She shared with all of the participants during one of our recent meetings with farmers in Rakha. She sold peas worth 9000 NRs(~USD90) and hot akbare pepper worth around NRs 17000 (~USD170) last year. Inspired by this, she has expanded her plot of peas, tomatoes and pepper this year. Scroll through to see more of her vegetable garden. Also posing besides her is our young agriculture technician Tulasa who has helped farmers like Debkumari improve their farming practices for better household nutrition and income opportunities. Also follow the link in our bio to meet more inspiring women we work with in Nepal. #farming #sustainablefarming #womenfarmers #farmer #organic