Nepal has some of the most plentiful water resources on the planet, with the watersheds flowing south from the massive Himalayan chain supporting far over a billion people. Ironically, many settlements on Nepal’s remote hillsides suffer greatly for lack of clean drinking water sources. As Nepal’s population has grown, people have migrated and settled in more remote and dryer locations.

The lack of a clean water source can have a profound impact upon the health and prosperity of a community. Hours are spent daily by women and children fetching water, basic hygiene practices such as hand washing laundry becomes difficult or impossible, and drinking from stagnant or dirty water sources greatly increases incidence of water-borne diseases.

For these reasons, we frequently receive requests from our community partners to construct gravity-fed water systems that bring clean water downhill from clean spring sources – sometimes many miles away. The engineering for these projects is simple in theory, but can be quite complex in practice. dZi provide technical engineering and financial support, while community members contribute large amounts of local labor for the construction and long-term maintenance of the projects.

Over the past year, we completed four new drinking water systems that have brought clean water to over 100 households, and over 500 people, for the first time. This current year, we have six more projects in the pipeline, with construction set to begin as soon as the monsoon rains end.

Schools are not the only thing we are building. Guptilaxmi Rai, chairperson of our local NGO partner in Maheswori inspects the reserve tank of ongoing drinking water project. Gravity based drinking water systems are our second major support to community after school reconstruction.

When we found 15 years old Nahemiya Rai from Fataksi village washing vegetables at a brand new water tap, we asked her if the water project had helped her in any way. This Grade 9 student told us that her life has been much easier after the drinking water system was completed in her village. Last year, before the system was installed, she had to spend hours each day fetching water from a distant spring. Livestock, birds, and other animals also drank water from the same open source. She was repulsed by how dirty the water was – but her family had no other choice.

Nahemiya recalls how her 3 year old baby sister had fallen ill with diarrhea. She was also often late for school after fetching water for the family in the mornings. Just getting to school for Nahemiya involved walking for ninety minutes each way, and she would often stop on the way to wash her hands and face because there wasn’t enough water at home. Washing her clothes – including her school uniforms – was also almost impossible.  “Now everything has changed, I can go to school on time, I can clean and wash myself whenever I like. And I can devote so much more time to my studies” she says.

We also met up with Rupdhani Rai — Nahemiya’s 87 year-old neighbor. She was busy cleaning her young grandson at the tap.  Rupdhani says that before this drinking water project, people in her village had to wake up very early in the morning to go fetch water from a spring which took at least a half hour to reach. If she arrived too late in the morning, after everyone else had already lined up, she would return home empty handed or, worse yet, be forced to fill her containers with silty and filthy water at the bottom of the puddle.  But now, with the new water project, things have changed for the better. Rupdhani says that in her old age, she has been able to use as much water as she wants along with her grandchildren. The new tap has empowered her, in her golden years, to provide for herself and her grandchildren — to stay clean without having to worry about making it to the water source early enough every morning.

The story repeats in the villages of  Hurlam and Thulu where we also completed projects last year. When we were visiting Hurlam to monitor the progress on the new water system, we met Mani Tamang on the banks of the Rog River – almost an hour’s walk away from her village. She was carrying a backpack in which she had brought some midday snacks and some dirty clothes – as finishing her washing took so long, that she needed to bring along her own food.

Mani then would make her way back to her home in Hurlam, a rigorous one hour uphill climb for her.

Now Mani no longer has to go through this ordeal as a tap stand has been constructed right alongside her home.

Dhanmaya Tamang, a resident of Thulu, some 2 hours walk away from Hurlam also shared her thoughts on the new water system in her village. Although the water source in Thulu was only a twenty minute walk away from the village, it was extremely filthy and Dhanmaya often found dead bugs and animals in the water source.  Again, lacking any other options, the community was forced to use this obviously unsanitary water source.  It was bad enough that when guests from other villages came to visit, they would refrain from eating and drinking the local water for fear of getting sick themselves. Now, Dhanmaya has clean and healthy water piped from a protected spring at her doorstep.

To ensure that the water remains this way, Dhanmaya  and her community have formed a user group and each household pays a small amount monthly into a maintenance fund. They also get together to periodically clean the cement tanks and to maintain the system. With help from dZi, the community has also registered the water source and water system with the local Government – thus making the system part of the local infrastructure, and eligible for Government funds to maintain and repair. All dZi projects follow this model for sustainability.

We hope you’ve appreciated the stories of how something as simple as water can make such a tremendous difference in people’s lives. To learn even more about our drinking water projects, please also read our webstory “Bringing Home the Mountain Water” about the Nimchola Drinking Water Project that we constructed in 2013.

If you would like to support drinking water projects, or any of the other myriad ways in which we help Nepal’s most remote communities achieve a lasting change –  please visit www.dZi.org/donate 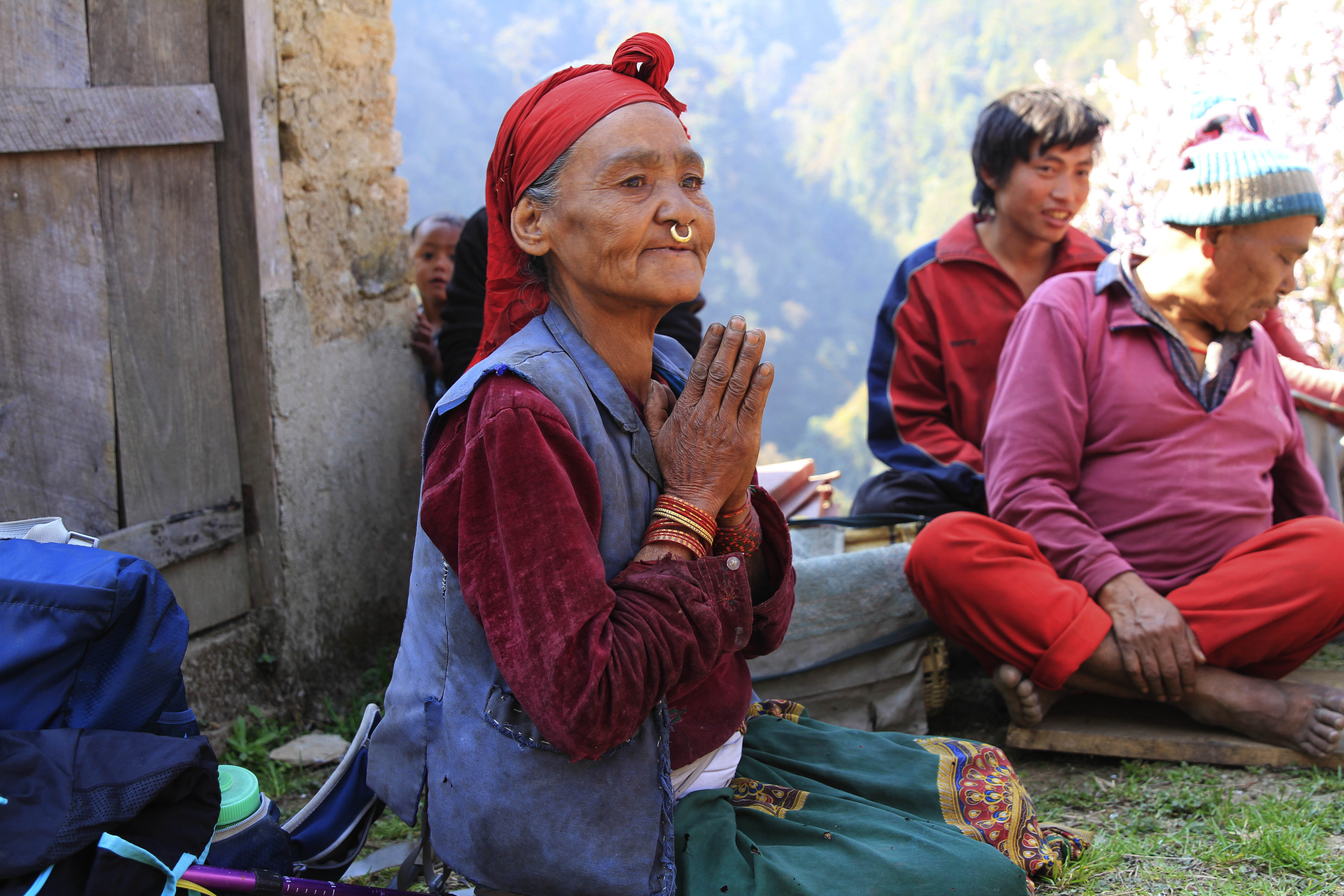