US Board Members & UK Trustees Bios

An accomplished climber, environmentalist and businessman, Brent first reached the summit of Mt. Everest in 1994, and again in 2002, with the National Geographic Mt. Everest Expedition that marked the fiftieth anniversary of the mountain’s first ascent. In 1994, Brent co-founded the Sagarmatha Environmental Expedition (SEE), an organization committed to removing trash from the slopes of Mt. Everest. Brent’s business experience ranges from consulting with Fortune 500 companies to early stage, start-up ventures. His climbing and work as a guide has taken him throughout the United States, Canada, South America, Europe, Asia, and the Antarctic.

Jeff began his professional career as a process engineer in an oil refinery for Chevron. A decade later he began working for Goldman Sachs, initially as a commodities trader and ultimately as managing director and partner with the firm. In 2011 Jeff retired and moved to Telluride full time, where he pursues his love of the outdoors. When not in the mountains, he can often be found working in his wood shop. Jeff has been involved with a number of nonprofit organizations. From 2009 to 2012 he was treasurer of the board of trustees for Riverkeeper in New York. Whether in business or philanthropy, Jeff brings a practical and logical approach to decision making.

Karsang is a senior vice president at Tralee Capital Partners, a Private Equity Real Estate Investment Company based in Denver, Colorado. Karsang is originally from Khumjung, Solukhumbu in Nepal and graduated from Cambridge University in 1993 with a B.A. in Architecture. While at Cambridge, he received the Flagship Award, the most prestigious award offered by the British Government to International Students. He then earned a Masters Degree in Architecture from the University of Pennsylvania in 1998 and worked for Venturi and Scott Brown Associates before earning an MBA from the Wharton Business School at the University of Pennsylvania in 2004. Karsang currently lives in Denver with his wife and two daughters.

Yvonne has spent her career in private equity, corporate finance, restructuring and mergers, and acquisitions. She has completed more than sixty transactions and served on over twenty for-profit and-not-for-profit boards. She has been a senior partner at Liberty Partners and general partner at Joseph, Littlejohn and Levy, a senior managing director a Chase Manhattan and investment banker at Drexel Burnham Lambert and Merrill Lynch. Yvonne graduated with honors from Williams College and Harvard Business School and HBS WOB 2019 class. Yvonne is currently the Treasurer of PEN America, chair of the compensation committee and on the executive committee and audit committees, as well as the treasurer and chair of the finance committee and on the audit committee on the board of The Fay School.

Matt has more than twenty-five years of experience in the consumer-direct and multi-channel retail sectors and is currently CEO of Zoom Systems. His broad experience includes strategic planning and partnership development, integrated digital and print media marketing, apparel design and sourcing, as well as wholesale program development. He joined Zoom Systems after leading the successful turnaround of TravelSmith Outfitters as its president. Prior to that, he served as senior vice president of Garnet Hill, where he led marketing, business development and ecommerce.

Ted sold his first freelance magazine piece to a national magazine at the age of seventeen and since then has published hundreds of articles and photographs in magazines as diverse at The New York Times, Audubon, Outside, Sports Afield, and National Geographic Traveler. He is the author of seven books, including the longtime bestseller Merle's Door: Lessons from a Freethinking Dog and Out There: In The Wild in a Wired Age, which won the National Outdoor Book Award. He has traveled to the Himalaya many times, most often to Nepal, writing about its people as well as the environmental and political challenges they face. He lives in Jackson Hole, Wyoming.

Yolande Miracle-Colburn is semiretired and has lived in Ridgway, Colorado since 2015 where she has sought to play a more active role in the community by participation in the Log Hill Park & Recreation Board and Log Hill Volunteer Fire Department. She recently joined the Colorado State Board of the Court Appointed Special Advocates for Children and has been involved in different projects for its 7th Judicial district. Yolanda spent years in Healthcare and Fitness Management, and the last fifteen years of her career in business analytics, the last five years at Pepsico. Originally from the Pacific Northwest, the call of the Rockies brought her to Ridgway where the lifestyle and open space feel like home and allow her to do the things she loves in the beauty and solace of the mountains.

Buck brings a strong organizational background to dZi, as former board chair of the Walking Mountains Science Center, an environmental learning center in the Vail Valley. He was a founding director of the Vail Leadership Institute—a leadership development organization focused on inside-first principles—and also a founding director of the 10th Mountain Division Hut System in Colorado. Buck started a family owned business, Paragon Guides, in 1978 and lives in Edwards, Colorado, where he and his wife Holly raised their three children.

Steve joins dZi from the nonprofit management and political advocacy world. Steve served as the founding executive director for ten years for New Era Colorado, a nonprofit organization which engages young people in the political process throughout Colorado. Steve now serves in the Colorado Legislature as the state senator from Senate District 18, comprised of Boulder County. He currently serves as the senate majority leader.

Robin has worked in international public health and epidemiology for the past twenty years, following clinical practice in rural settings. He has focused on maternal and child health, nutrition, infectious diseases, and community-based approaches, with an emphasis on monitoring and evaluation and program design. He resided in Nepal from 1983 to 1989 and has done consultancy work in Zambia. He has worked extensively in both Africa and Asia, and is currently involved with several ongoing projects.

Bill has spent the last thirty-three years professionally involved in global financial markets, managing assets for small corporations and high-net-worth individuals. Bill is a full-time resident of Sausalito, California. He previously served as chairman of the Sausalito City Council and is currently chairman of the Planning Commission.

Bill Liske has been climbing, trekking, and guiding in Nepal since 1974. He has been on the dZi Foundation Board of Directors or Advisory Board since its inception. He lives in Ridgway, Colorado.

Thomas co-owns Jacobs & Company, an investment advisory business in downtown San Francisco and enjoys commuting by bicycle daily. Thomas became involved with dZi through his participation in the Trois Etapes cycling race in France. He serves his local community as a trustee of the Sausalito Marin City School District, and lives in Sausalito with his family.

Matthew is a co-founder and managing director of Caprock, a privately owned investment advisor, with a focus on transparency, objectivity, and creating positive social and environmental value. He has been described as “the Philosopher King of Impact Investing,” a nod to both his Buddhist practice and his important role as one of the early pioneers of socially responsible investments. He is a frequent commentator, speaker, and blogger who has advised governments and top business leaders across the globe. Matthew is a lifelong athlete, climber, and adventurer. He is a founding board member and has served as the chairman of the Lee Pesky Learning Center in Boise, Idaho.

Erik is one of the most accomplished and celebrated athletes in the world. In 2001, he became the first and still the only blind person to climb Mount Everest, and in 2008 he completed his quest to climb all of the Seven Summits. In 2014, he kayaked the entire 277 miles of the Grand Canyon, considered one of the most formidable whitewater challenges in the world. Erik is the author of the best-selling memoir, Touch the Top of the World, as well as The Adversity Advantage, which shows readers how to turn everyday struggles into everyday greatness. Focusing his efforts on empowering people who have been traditionally swept to the sidelines of life, he founded an organization called No Barriers. It helps people with challenges tap into the human spirit and break through barriers.

Lois is retired from the US Forest Service where she crafted stories and images to help people develop connections to our public lands - connections that could lead to understanding, support, and involvement. She hopes to provide similar support to the dZi Foundation's work as they create a kinship between Nepal communities and those of us on the other side of the planet.

Paul is the Senior Legal Council to Vitol, a leading private energy firm. Paul has extensive experience in private sector management, and first experienced dZi’s work during a donor visit to Nepal. Since that trip, Paul has become a dedicated fundraiser and advocate for our work globally.

Bill has been climbing, trekking, and guiding in Nepal since 1974. He has been on the dZi Foundation US Board of Directors or Advisory Board since its inception. Bill was integral in launching dZi Foundation UK and has served as a Trustee for dZi UK since the charity started in 2012. He lives in Ridgway, Colorado.

Ed is a writer and award-winning journalist with a passion for the wilder corners of the natural world. In addition to authoring over a dozen books, he is the editor of the Alpine Journal and a board member of the British Mountaineering Council.

Members of the dZi Council play a supporting and advisory role to the dZi Board and the organization, but are less involved in the overall management and oversight than Board and Advisory Board Members.

Since 1998, Jim's leadership has taken the dZi Foundation from a grassroots organization initially formed to fund a safehouse for girls in Kathmandu to a thriving nonprofit that serves over 44,000 individuals in Nepal. For the last twenty years, Jim has led dZi’s fundraising and managed staff in the Ridgway office. dZi's growth is a direct result of his knowledge, passion, and compassion for the communities that dZi serves. 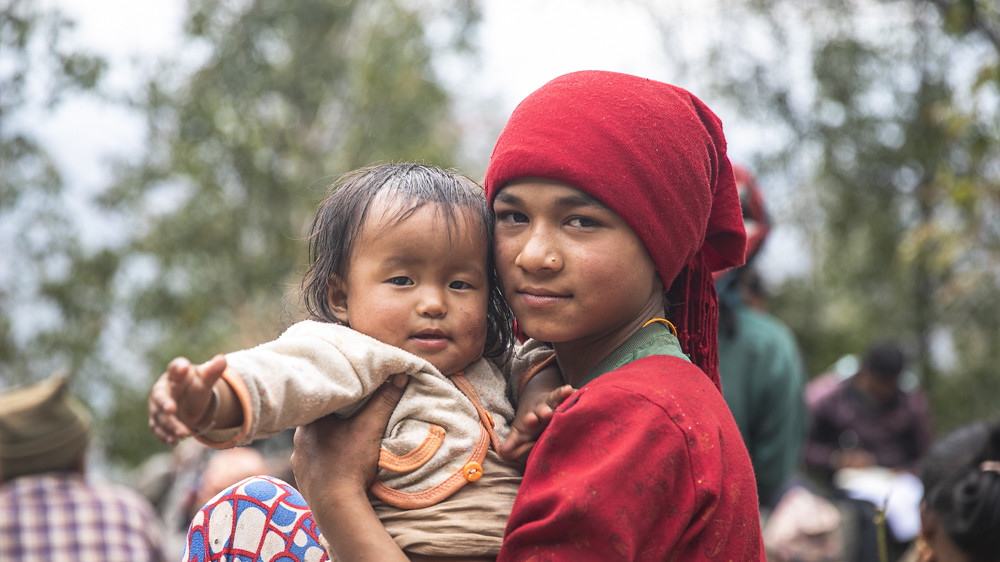 Yes! I want to double my support for Nepal’s remote communities when they need it most!